Cool and Interesting Facts about Plumbing You Never Knew

Maybe plumbing isn’t the first subject that comes to mind when you think of trivia, but there are some interesting facts surrounding the way that people have used and controlled water. Ancient societies were able to manipulate water by changing the land around it, paving the way for the way that we live today.

It All Began with Farming, which Led to Irrigation.

Diverting river water to feed crops and farms was the first human plumbing innovation. Irrigation dates as far back as Ancient Egypt, where water from smaller tributaries was diverted to the Nile River, which flooded, allowing for water to be directed to water crops in the fertile surrounding areas. With all of the water and sun that they needed, it goes without saying that the people harvesting fruits and vegetables in Ancient Egypt could proudly present anyone with their food.

Human Waste Can be Used for Fertilizer.

Cow manure wasn’t the first well-known, widely-used fertilizer. Human soil has been used much longer to help our fruits and vegetables grow strong and nutritious. Before toilets, civilizations all over the world reused their waste in this way, but also for treating animal skins! If you want to know something really interesting, urine was actually used to clean in some parts of the world!

Chamber Pots and Latrines were Standard.

If you can imagine going to the bathroom in a bowl in your room, you can imagine living as an upper-class person in Europe before the advent of indoor plumbing. Elsewhere in the world, in the centuries before indoor plumbing became a standard for healthy living, human waste was actually recycled for practical purposes, such as fertilizer, as mentioned before. Latrines are still with us in the form of port-a-potties, where waste would go into a hole to be taken care of much later.

Despite actually being invented in the middle of the 16th century, flush toilets were not widely available until the end of the 19th century. The first flushing toilet was invented by a close family of Queen Elizabeth, as in, the Queen Elizabeth that was a fan of William Shakespeare. The toilets that we use today were popularized by Thomas Crapper, who brought them to high houses of England, and they spread from there. It was the most convenient way to be relieve oneself without having to find the latrine, or go out into the elements.  Though toilets originated in Europe and spread from there, the bidet, which cleans you after you’re finished in the bathroom, never caught on in the United States.

Most of Today’s Plumbing Problems are Easily Solved.

Remember the last time your toilet clogged? What about when your drain was slow? How did you deal with that leaky faucet? All of these happen every day. Your clogged toilet might just need a plunger, a slow drain can be dug clear, and leaky faucets might just need a new washer to prevent further water waste. Today, we have the ability to take care of our plumbing, an advantage that wasn’t available before because most didn’t know how it was done. Keeping improper items out of drains and protecting drains from temperature extremes are the easiest ways to keep our lives easy, but some situations to require professional assistance. If you aren’t sure whether or not your plumbing problem is something that you’re able to fix yourself, never be afraid to call your local plumber. 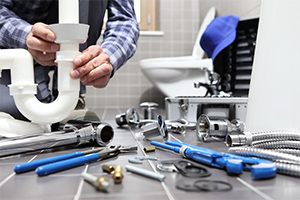 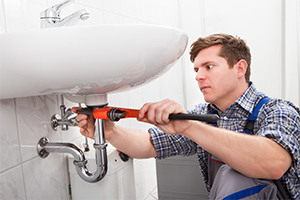