If you’re the owner of a building, whether it’s a home, apartment complex, or some sort of commercial facility, then upkeep of the infrastructure should always be one of your biggest priorities. The older a building, the more likely it is that you’re going to uncover issues with plumbing systems, the foundation, or even roofing. In terms of keeping the water system running, there are different services you can hire plumbers for, including hydro jetting, pipe repairs, and repiping.

What’s The Value of Repiping?

Compared to something like hydro jetting, which is an efficient way to clean muck or any other dirt that accumulated in your building’s water system, repiping is a much more involved process. However, if you’re debating the value of partial or full repiping, here are a few things to keep in mind as you make your decision.

Repairs Are Only Temporary

Due to natural deterioration caused by water constantly running through them, pipes physically can’t last forever. As they weaken over time, you may be able to hire a plumbing company to perform some basic repairs, which can include fixture replacement or reinforcement. However, any repair is going to be temporary. The only way to actually prevent decay from minerals and running water in pipes if by completely replacing them. By doing thing, you’re drastically increasing the lifespan and quality of your building’s infrastructure and water system.

Another reason why repiping is more thorough than repair or reincorporation is because it can put a stop to pesky leaks that may occur over time. A small leak may come across as just that initially (nothing to worry about), but that small leak can lead to much bigger issues. If you leave a leak unchecked over time, it will eventually lead to a broken pipe, which can cause massive amounts of water damage wherever it’s located. If you’re talking about a pipe in a building’s basement, this could mean flooding. If the pipe and leak are in the wall, you’re looking at extensive repairs to not only the water system but the entire room where it’s housed.

Keep The Water In Pristine Condition

As mentioned earlier, hydro jetting is an excellent service that you can have performed for your building. It efficiently clears out the entire piping system, which will help prevent back flow, and is forceful enough to remove grime or other mold that might grow in older piping. However, much like pipe repair, hydro jetting is only a temporary fix to a larger issue. With repiping, you’re giving the entire infrastructure a clean slate, meaning the water will flow throughout the building uninhibited and without risk of coming across harmful bacteria.

Finding The Right Company To Perform Your Building’s Repiping

If you find yourself in an uncertain situation regarding your building’s piping, you need to get in touch with a plumbing company as soon as possible. They’ll be able to inspect and properly evaluate your infrasturure. They’re recommendation can help you determine the extent of any damage or what possible repair/repiping options might look like. 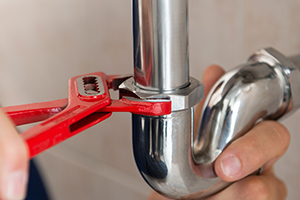 Is It Truly An Emergency Plumbing Situation?

Calling For Emergency Plumbing At The Right Moment Of course you want anything that goes wrong with your plumbing to be fixed as soon as possible, but that... 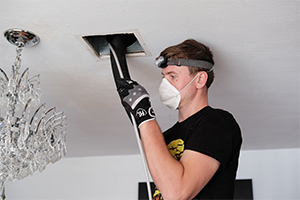 How Often Does Your Home Need Air Duct Cleaning? You want your home to have clean air for your family to breathe. That might mean getting air duct cleaning...